The Magic of Rocks and Relatives

A few weeks ago, my nephew Mark and his two daughters Nicole and Brianna (my grandnieces) as well as my grandnephew Noah came to visit the west coast and catch up with their extended family during their stay in California.Along the way,they planned a drive up the northern coast road towards Oregon.This would be after they had spent a night or two in San Francisco at my sister Martha's house.I was going to meet them there, but would be working on Sunday and would be too bushed to drive down to the City and back.It was then decided that we could meet at a small cafe in Jenner, where the Russian River meets the Pacific Ocean.This is small, quaint little town where one can order fresh salmon sandwiches to eat at a picnic table while listening to seagulls squawk along the waterfront

This scene was idyllic, and a wonderful afternoon where we had plenty of time to share stories and laughter.So before they had planned on leaving, I suggested to that we stop up the road about four miles,so that they could take a short hike and get the full experience of a west coast beach. So what better place to visit than Russian Gulch where I go to collect my spirit rocks! Naturally,they were all enthusiastic about the idea, so off we went for this quick jaunt across a curvy, switch-back highway (which would be just a small taste of what was in store for the one hundred mile trip planned for that day). Eventually we pulled over into a not-so-obvious turnout.Then we got out of the cars and hiked a quarter of a mile through a jungle until we reached the shore.

The weather was gloriously sunny and a bit windy, but the fresh air did us all good.It was explained to them that they now had a job to do. They would look for this specifically described sandstone that would be used to make a Spirit Rock. It must be perfectly symmetrical, flat and round without blemishes and preferably small enough to put in ones pocket. Now the hunt was on.They all scoured the many areas along the shore to come up with a big sack full of these type of rocks.This pleased their great uncle immensely. Left to his own devices, it would have taken a few hours to accomplish what was accomplished in a much shorter time.Aside from this,My nephew Mark climbed up the face of a cliff while young Noah took pictures of the shoreline with his fancy camera.Then my niece Brianna proceeded to climb up on the most prominent rock there to have her picture taken. She looked absolutely beautiful facing west looking out over the ocean.This view was not to be missed.

When we eventually headed back to the cars, it was a given that they would each have a painted rock to take with them on their adventurous escapade.Below are some of the pictures taken that day 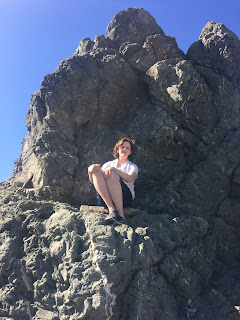 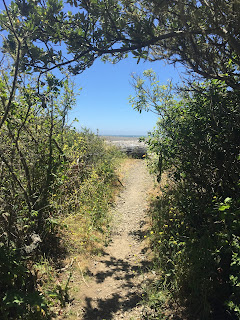 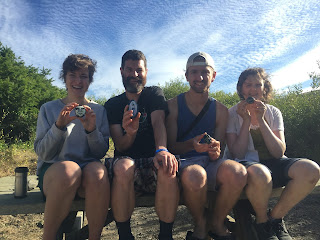 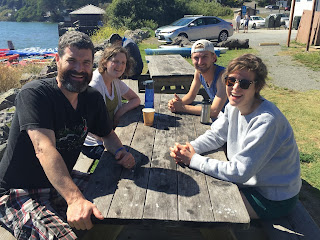 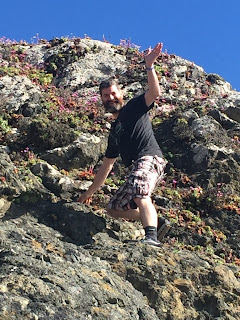 Posted by Christopher Sullivan at 1:05 AM