I am dedicating this rock to my sister who is married to a Tibetan Buddhist Lama. She has been a great influence on me, both artistically, spiritually and socially.Throughout my life, having grown up in San Francisco, she has groomed me in all things"Bohemian". This is a nice way of saying that we were very cultured, fun-loving hippies. She taught me how to draw by going on field trips to the Japanese Tea garden in Golden Gate Park. She had studied Art at Pratt Institute in New York, and later at the San Francisco Art Institute. Since I've been painting rocks, she has been a great supporter of my creative pursuits. She's now living in Oregon and continues to bring beauty and peace into her life and the lives of others. We stay in touch via Facetime. Below is a mandala rock which can be said was influenced by her artistic ability and Buddhist practice.This rock showcases one of many of the Mandala rocks I have painted. 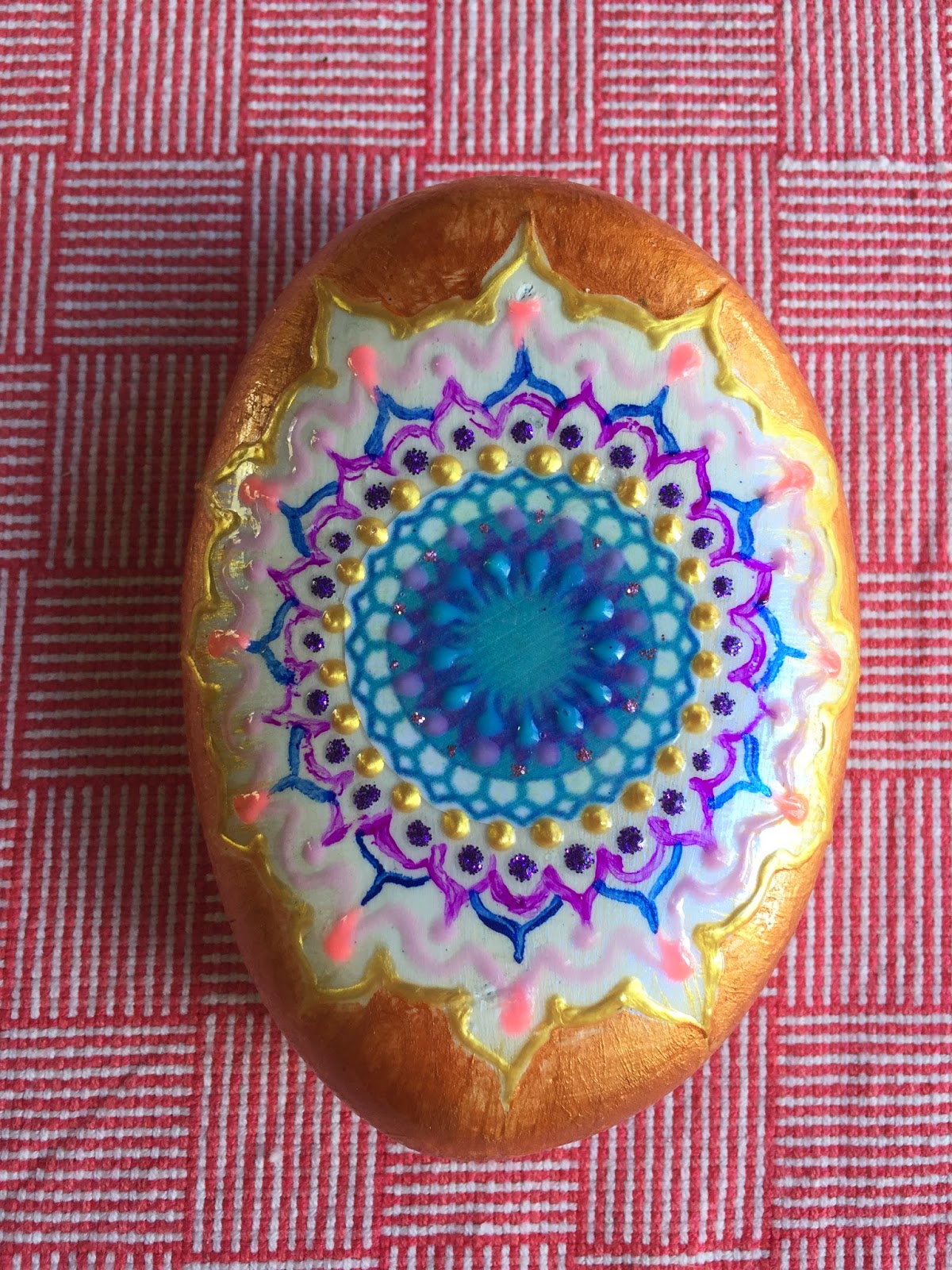 Posted by Christopher Sullivan at 1:33 PM