Rock of the week 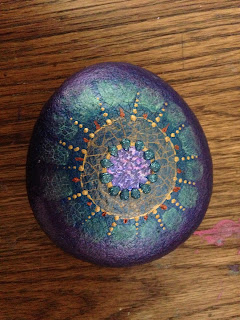 Wow!What a week it has been. Having returned from the Unity Festival on the Russian River,My Spirit has been Rocked ! This was my first Reggae festival, and it proved to be beyond my expectations.Admittedly, I wanted the Spirit Rocks to be a big hit there, and they were.Many people came up to inquire about them,so it was understandable that they wanted to take their time before making a purchase.I think their was a bit of mutual reluctance because of our general appearances. Most of the attendees were Rastafarians or lookalikes, and usually adopt an unconventional appearance (i.e.dreadlocks,tattoos,body piercings,etc).This may have been my projection, but I probably looked to some like an old straight dude doing a weekend undercover surveillance gig.

The music was undeniably good.I haven’t enjoyed much Reggae since my exposure to people like Bob Marley or Jimmy Cliff many years ago.All groups were accomplished in their own way.A special acknowledgement has to go to Kush County,Irie Fuse,Marlon Asher,Mishka,Roots Underground,Irie Love,Highest Intention,Sol Horizon and The Steppas.These were musicians that came from as far away as the Pacific Islands, Jamaica and Africa.Impressive, no doubt.

Most of the vendors were suppliers of utensils,clothing,jewelry,art and really great food. I had a Eggplant sandwich that was off the charts.Fish Tacos, Tri-tip,Crepes and Italian ices were just part of the fare.Children and oldsters were all there.Plenty of activities aside from camping, dancing and swimming were available. People threw frisbies,played tetherball,spun hula hoops and even went canoeing on the Russian River. A good time was had by all.

Look at this guy doing a fire swing dance to the music playing in the background. too cool!

Posted by Christopher Sullivan at 3:57 PM